This search form (with id 1) does not exist!

Goaltending is a premium position in hockey.  At the final buzzer, no matter how well a team plays in front of him/her, if the goalie isn’t solid, a loss will be the outcome.  That’s why teams make every effort to have a high level tandem in between the pipes, and they’re willing to pay dearly for it.  This year there were some big names shifting about, mostly via free agency, but also through trade, and it stands to reason that the acquiring teams believe they improved at the position by making their transaction.  Let’s break it down: 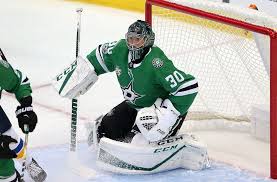 NHLFans.ca:  Things certainly are bigger in Texas these days!  Ben Bishop comes in on a nice deal that will see him through to retirement.  Dallas desperately needed an upgrade over last year’s duo of Antti Niemi and Kari Lehtonen.  Although blame for Dallas’ terrible season can’t be squarely excused away by blaming the Finnish red light re-treads, they weren’t singlehandedly winning any games either.

Bishop buys the team time to grow a prospect into a position to take over after the then 37-year old Bishop retires.  I see his injury history stopping him from playing beyond that.  Now, I believe the Stars would have been much better even without this move, but it won’t hurt them!  I believe the Stars are a top-3 team in the Western Conference this season, having made a fistful of significant additions (Bishop, Hanzal, Radulov).  Bishop won’t be winning any Vezinas, but he may enter the top-5 in voting!

NHLFans.ca:  The Hurricanes had a past-prime Cam Ward and a disaster aptly named Eddie Lack tending net for them last year.  Scott Darling earned his step up to a starting job in the NHL with repeatedly solid performances stepping in for Corey Crawford in Chicago.  This seems like almost a perfect fit!

Carolina will provide Darling with a pretty good, young defence, so he can ease into the heavier workload with a little more confidence.  Despite this addition, I believe Carolina will be a long way from making the playoffs, and think a better landing spot for Darling may have been the Arizona Coyotes, but alas, revisionist history…  Good value signing for the Canes, and a good start for Darling to showcase himself for his next big payday. 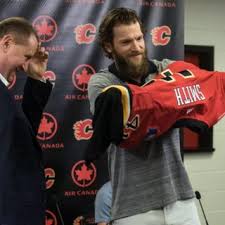 NHLFans.ca:  Calgary gave up a lot to acquire the veteran out of the desert.  Chad Johnson (who played well enough last season, but not elite starter level), prospect Brandon Hickey and a third-round pick (cond.) were the parts sent to Arizona, and Calgary thinks they have the missing piece to get them deep into the postseason.  I have a really hard time putting my finger on this one, because Arizona is one of the toughest teams to figure out.

You can bet that Smith will face fewer shots per game, which can be good or bad, depending on the goalie.  Dominik Hasek was lights-out when he faced 40+ in a game, but was fairly pedestrian when he was facing 20-25 per game in Detroit.  How will Smith be with one of the most airtight defences in the NHL in front of him?

My belief is that the expectations are too high, and that the Flames will be fighting for wild card positioning from the word “go”.  Smith won’t be the reason if they do end up in the playoffs, it will be improved scoring (should that happen).

GRADE: C- (I believe this is the most likely to be a non-difference-maker)

NHLFans.ca:  The Vegas Golden Knights actually have a very good goaltending duo in Fleury and Calvin Pickard.  Well drafted by GM George McPhee, Fleury will be the reason the Golden Knights win on most nights when they do.  Fleury wasn’t left exposed by Pittsburgh because he is not a good goalie.  He was left available because they had too much money tied up in Fleury to let him be their backup to upstart Matt Murray.  Vegas is not the worst team at this position by any stretch, and I think Fleury will have a very good year (skewed to the talent in front of him).

That’s all for now!

In The Forums
Advertisement

Categories
Comments
Calendar
About NOT INSIDERS

Simply put: we don’t have the BIG STORY – we have BIG OPINIONS about it though! Let the mainstream media keep us informed with bland analysis, it FUELS THE FIRE OF FANS!

Just remember: We are NOT Insiders!